Behind the scenes with Camerata – April 2022…

On March 29, 2022, Malcolm Archer, the British composer, choral director, and organist, arrived in Prescott, AZ. There followed an amazing five days of creative music-making with the Camerata Chamber Singers and Voci Sorelli, the girls’ choir associated with Yavapai College, directed by Arlene Hardy.

Malcolm came to Prescott to direct CCS and Voci Sorelli in his “Requiem” and present an organ recital the following day. He also conducted a workshop with the singers of Voci Sorelli, much to the delight of the girls. After working with that ensemble for an hour, Malcolm sat down for dinner and conversation with the girls who were drawn to him by his easy, gentle manner and personal warmth.

Thursday evening, Malcolm held his first rehearsal with Camerata Chamber Singers, playing a keyboard, singing various lines, and directing all at once. Again, his personal warmth and easy manner quickly engaged CCS. Whether perfecting a chord, smoothing out a line of music, or engaging in silliness, Malcolm Archer was completely at ease, his musical mastery as evident as his personal humility.

The orchestral rehearsal the following day demonstrated just how many balls Malcolm could keep in the air at once. He was completely in control of both choruses, orchestra, and organ at all times. His deep musical knowledge was on display but in a very down-to-earth and engaging manner.

The concert itself on Saturday afternoon was a joy from start to finish, the youthful voices of Voci Sorelli offering a sweet contrast to the mature voices of CCS. The program was well-received by the audience and very fulfilling to the singers.

Malcolm’s organ recital the following day was well attended by an enthusiastic audience. He shared tales about the various composers and other organists between his numbers. Following the concert he demonstrated his trucks for setting registers with several local organists, much to their delight.

In between the official duties , Malcolm was a fun and easy guest as he met and dined with various combinations of CCS singers, connecting over conversations about English pro-league football ( soccer) and classic cars as easily as he did over matters musical. He charmed his companions with stories about the church he has converted into a home and recording studio, and with the exploits of his cocker spaniel Molly.

Following the concert weekend, we took Malcolm on a little tour up to the Grand Canyon, to red rock country from Oak Creek to Sedona and Chapel of the Holy Cross, returning home through Jerome. We had an incredible time!

We look forward to working with Malcolm again in the future. 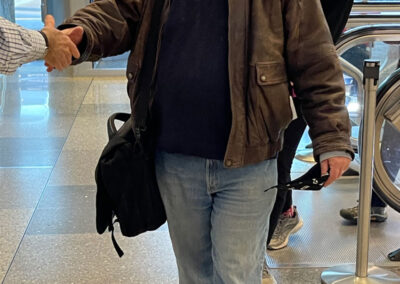 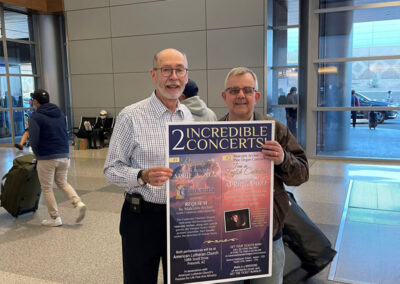 Jim and Malcolm posing with the poster for the concerts. 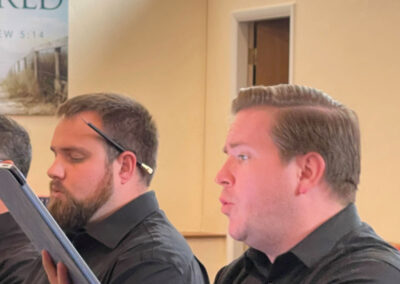 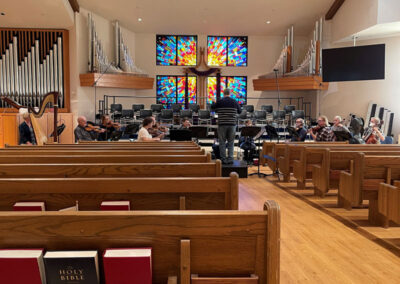 The orchestra for the April concert is hard at work. 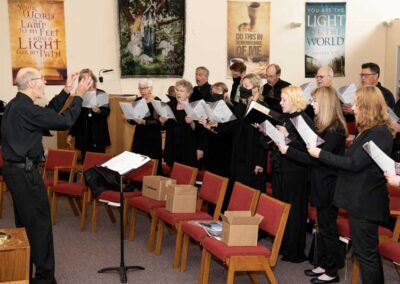 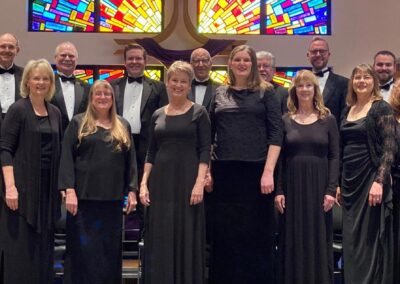 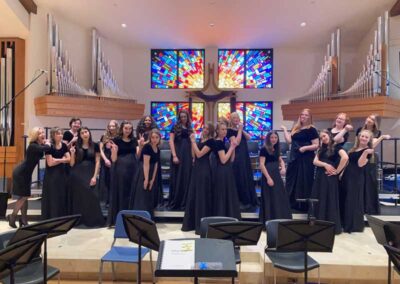 These young women are not only talented but also up for goofy antics with their conductor, Arlene Hardy. 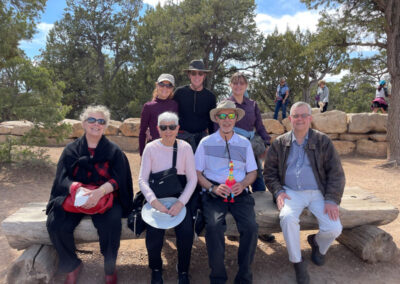 Camerata group took Malcolm on a tour – here they’re at the Grand Canyon. 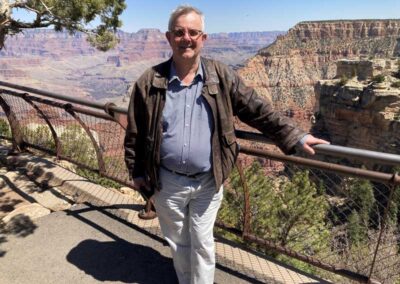 Malcolm also visited the Grand Canyon while he was here for the concerts in April 2022. 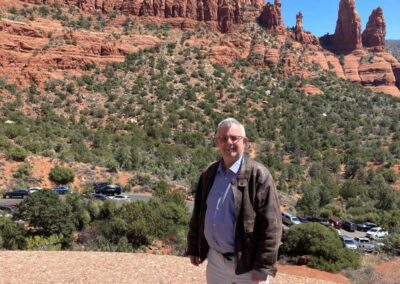 During Malcolm Archer’s visit from London, he took in some of Arizona’s wonders. He’s in beautiful Sedona here. 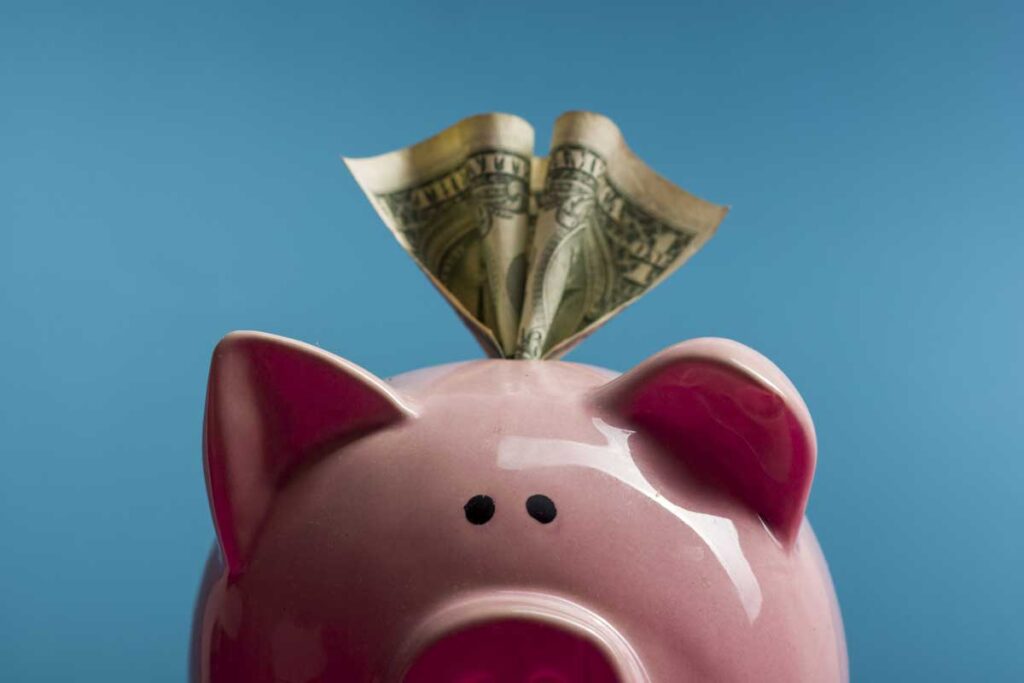 Help CCS to continue bringing our beautiful music to the Prescott community.
Take me to the donation page